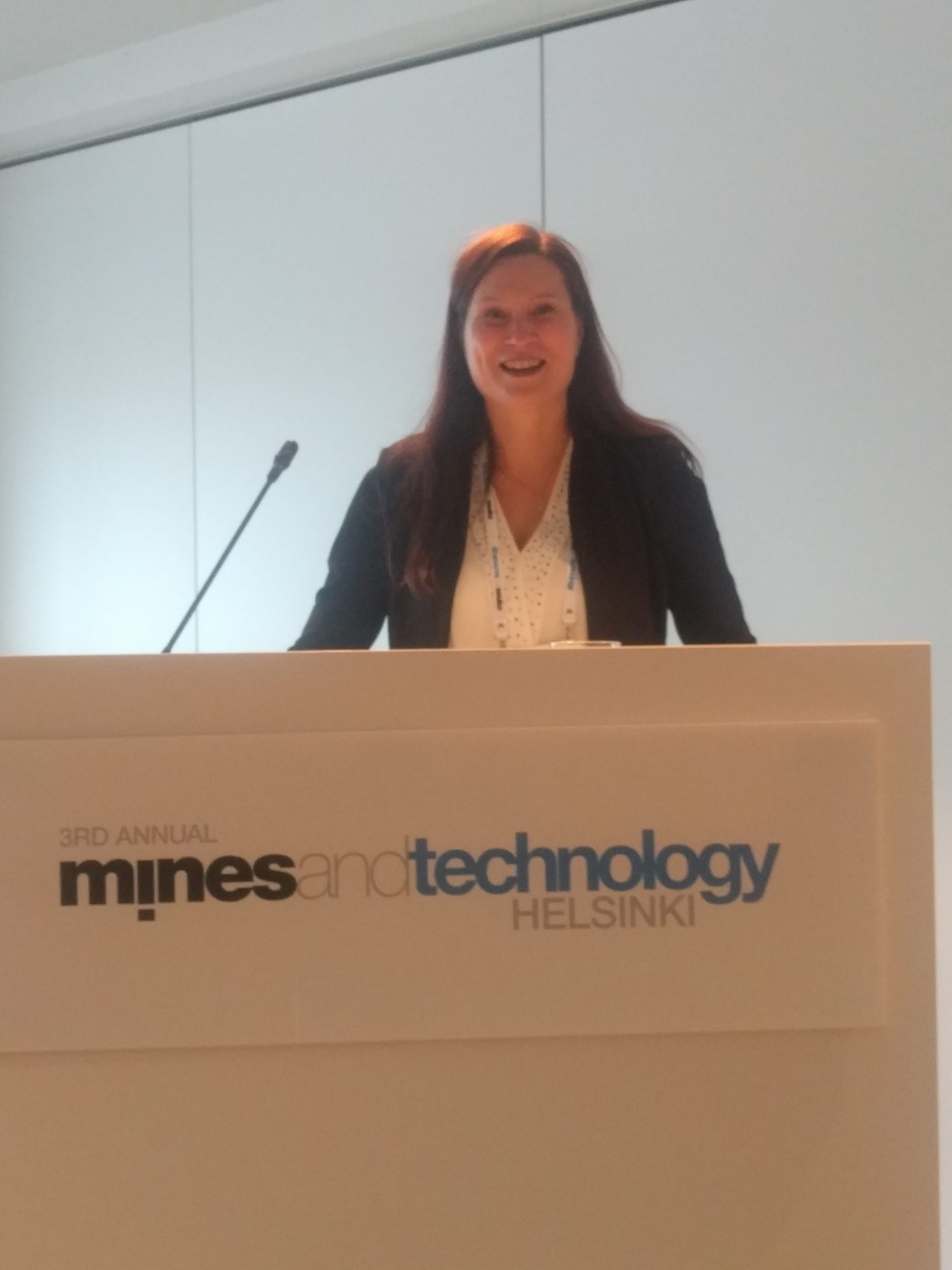 METGROW+ was presented by Päivi Kinnunen from VTT in the Mines&Technology event 27-29 May 2019 in the Scandic Marina Congress Center Helsinki, Finland. The event attracted lots of industrial companies to discuss the future of mining. The Helsinki event had a strong focus on digitization and how AI, big data, next-generation networks and other technologies are changing mining for the better. METGROW+ results were presented in the “Enhancing mineral processing through technology” session in the presentation entitled “Maximising yield through metals recovery from waste”. 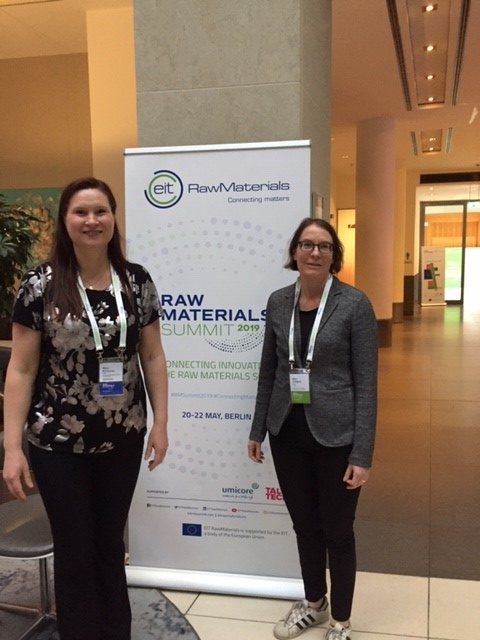 METGROW+ partners from VTT, IMN, VITO, KUL, Outotec and Umicore participated the EIT Raw Materials Summit 20-22.5.2019 in Berlin. The Summit is the flagship event organised by the EIT RawMaterials. The summit gathered experts from Europe and globally to discuss innovation and new technologies covering the entire raw materials value chain. The topics in the raw materials sector included strategies concerning supply and access to raw materials, European industrial competitiveness and innovation capacity as well as entrepreneurship and innovation in education. METGROW+ project and the main results were presented by Päivi Kinnunen from VTT in the Minerals Processing and Materials Recycling session, which had Increasing resource, energy and water efficiency during raw materials beneficiation in focus. 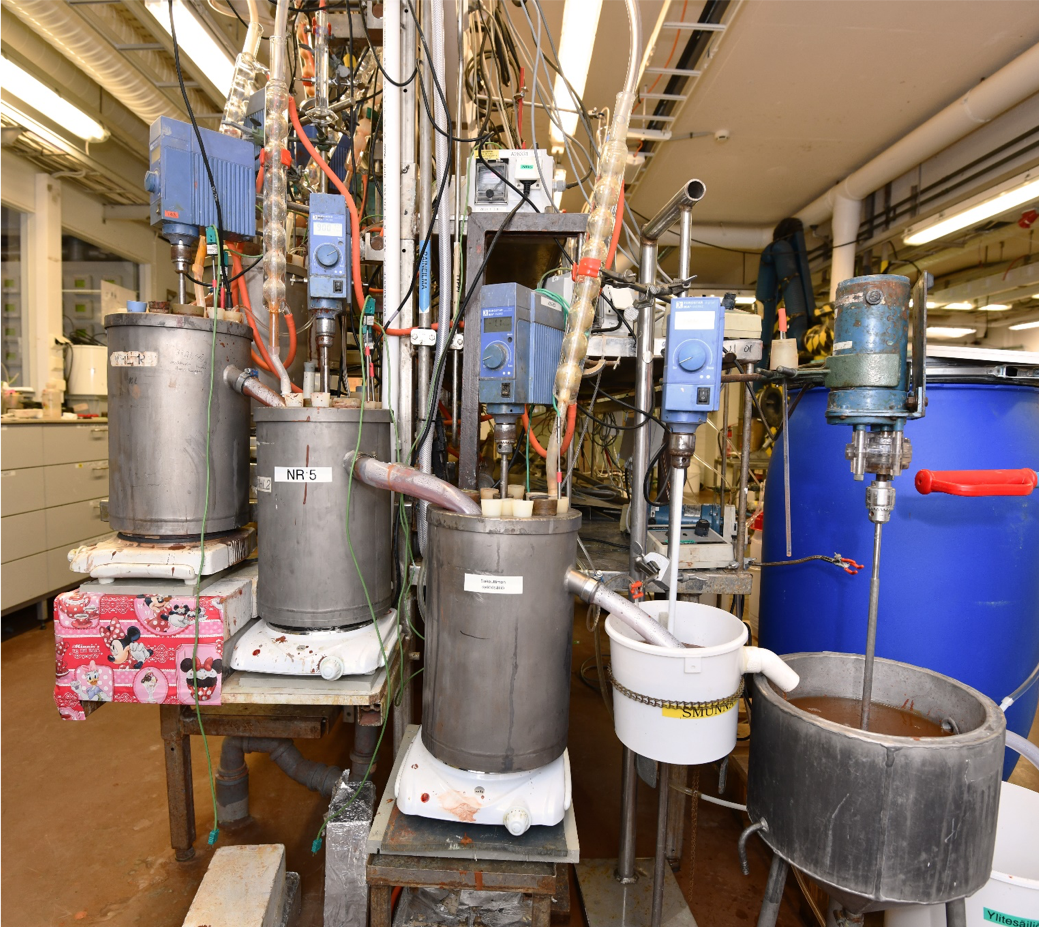 Outotec and VTT have developed together a novel process concept for nickel laterites, which enables high metal recoveries with significantly lower acid consumption compared to the conventional methods. The pilot was designed and modelled using the results from various batch reactor leaching experiments. The pilot system was operated in continuous mode for 2 weeks at Outotec’s research center in Pori, Finland, in March 2019. The recovery of nickel was approximately 85% including so called neutralization leach. Pilot run for Ni precipitation from the Pregnant Leach Solution was performed after the leaching pilot. The entire process will be assessed from the technical, economical and environmental views.

Eero Kolehmainen, WP6 leader at Outotec, was delighted of the results of the pilot run: “The leaching and precipitation circuits were operated continuously with very good results. The pilot run demonstrated the good operability of the circuits and generated useful information for further process evaluation”.

Ville Miettinen, senior scientist in hydrometallurgy at VTT, highlighted the excellent collaboration between VTT and Outotec in the technology development: “The co-operation between VTT and Outotec was very good during the whole project. The hydrometallurgical pilot was designed together with Outotec and VTT based on the results from VTT´s batch tests. The co-operation continued during the pilot when VTT researchers and technicians were present in the Outotec Research centre and were involved in the piloting work. This project was also an excellent opportunity for the information exchange and learning between VTT and Outotec. ”

Professor Anthimos Xenidis, a member of the Advisory Board of METGROW+, visited the pilot plant during its operation. Prof. Xenidis said that it is an excellent, real professional work of a group of partners with long experience on hydrometallurgical process development. It takes advantage of the inherent characteristics of the laterites under investigation in order to develop a cost-effective treatment scheme resulting in high nickel extraction rates at low sulphuric acid consumption, thus providing a dynamic perspective to the sector for the exploitation of low grades laterites. 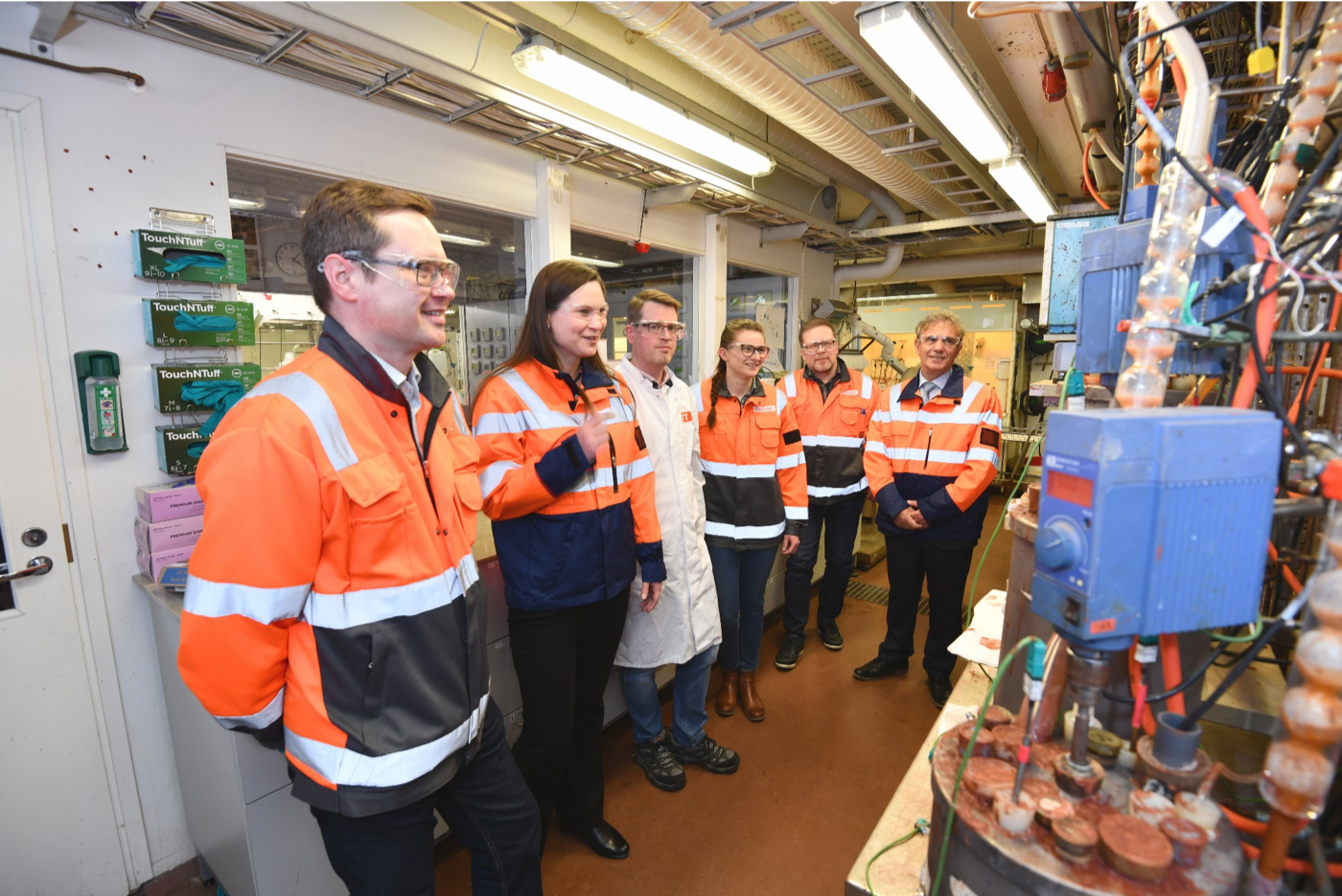 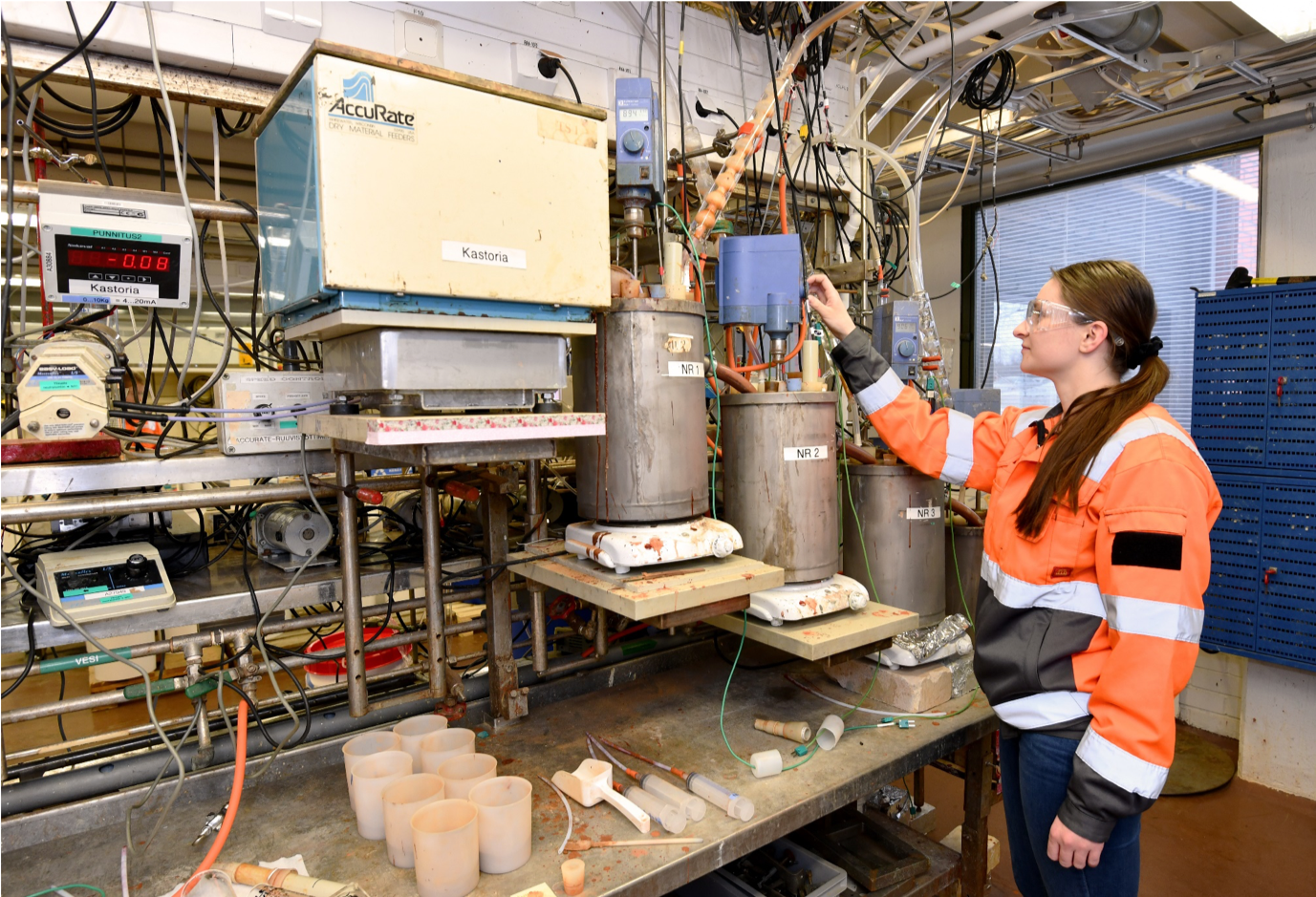 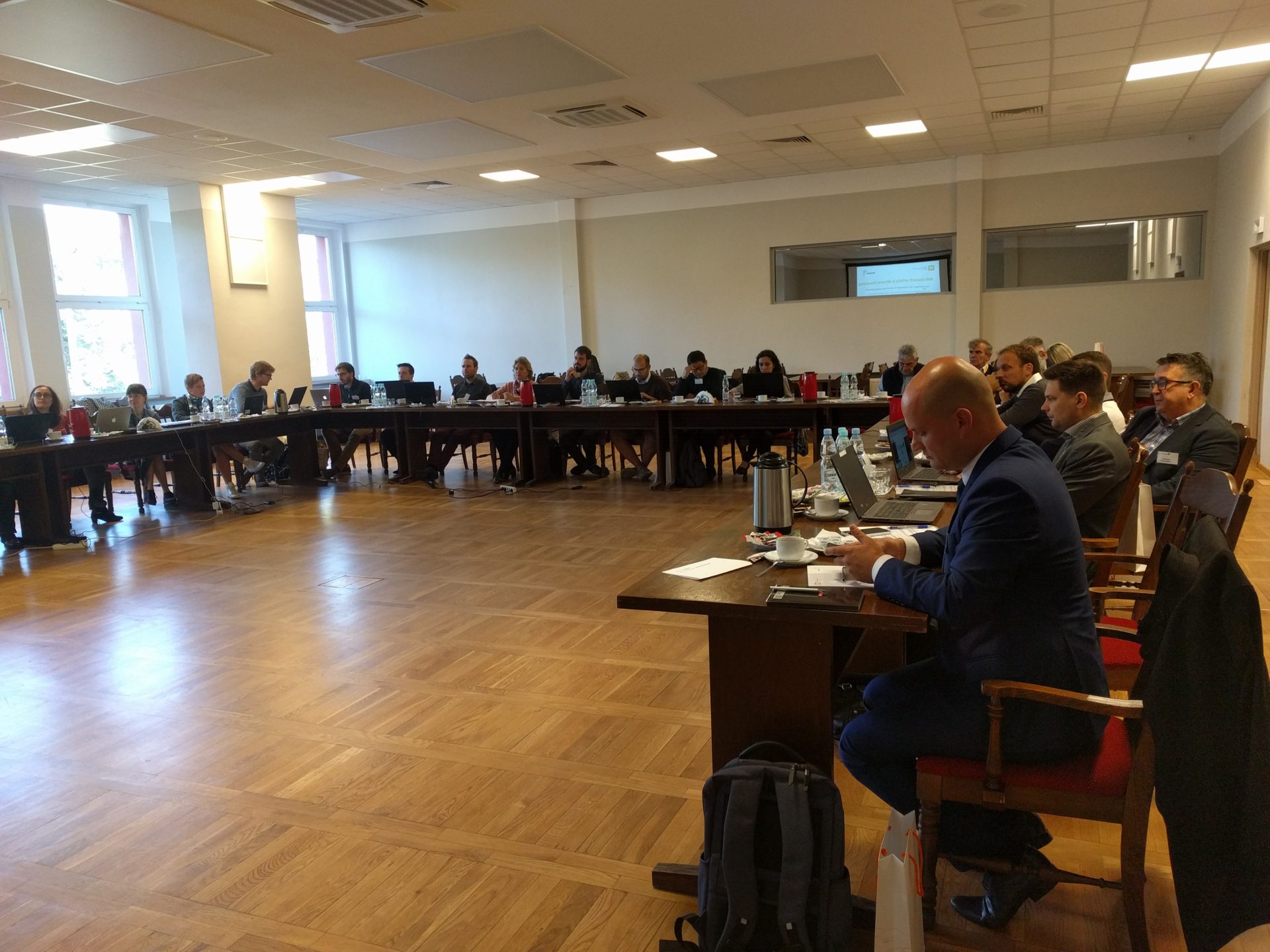 METGROW+ meetings were organized 26-27/9/2018 by IMN in Gliwice, Poland. Anthimos Xenidis from the Advisory Board participated in the meetings and gave industrial views and feedback to the consortium. Several demonstrations with various raw materials are on-going and planned based on the results from the laboratory experiments. The demonstrations will add further information to the economic and environmental assessments and to the METGROW+ toolbox. The consortium partners also visited IMN metallurgical research facilities after the introduction of the centre by Witold Kurylak (figure below). 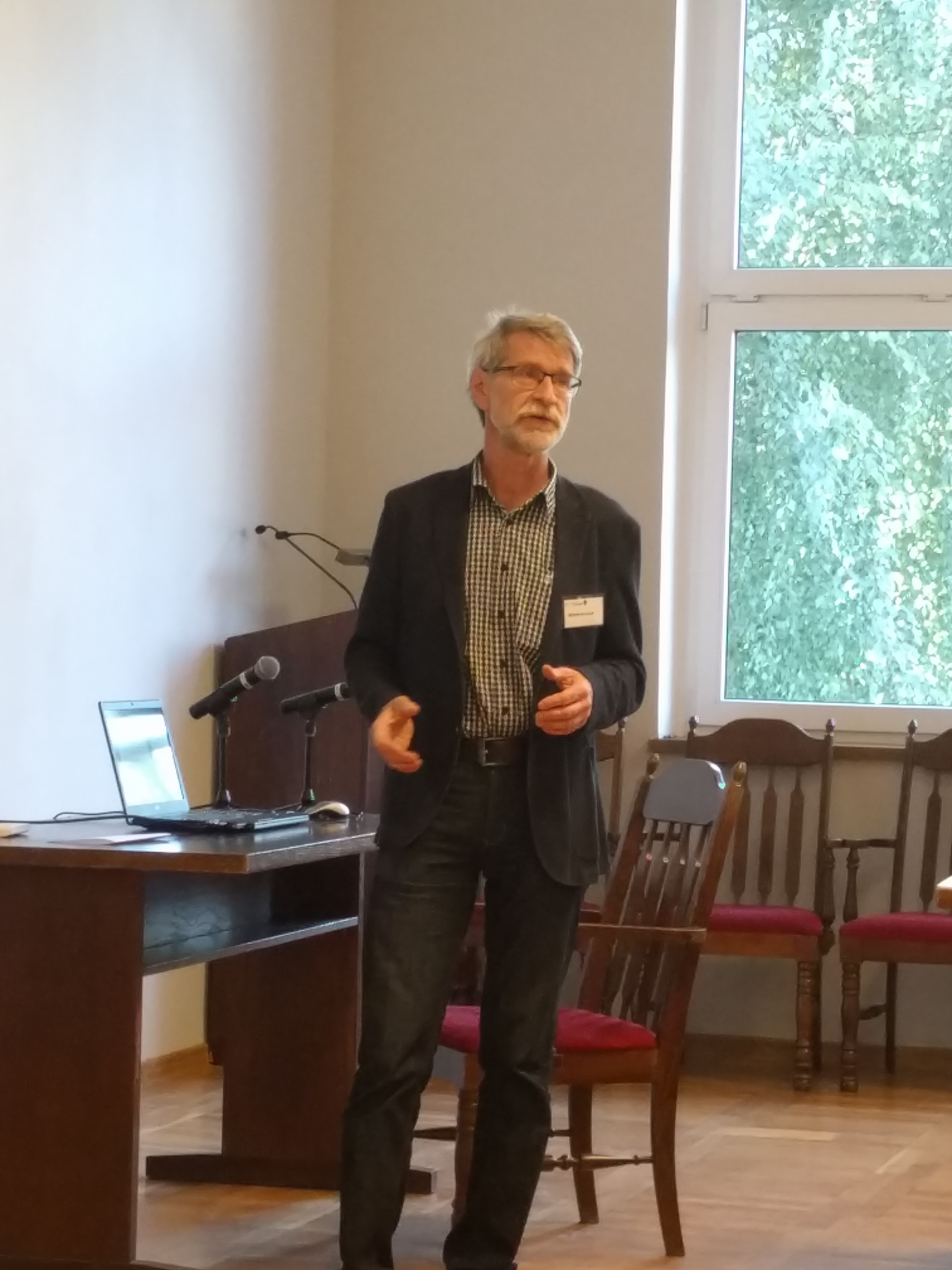 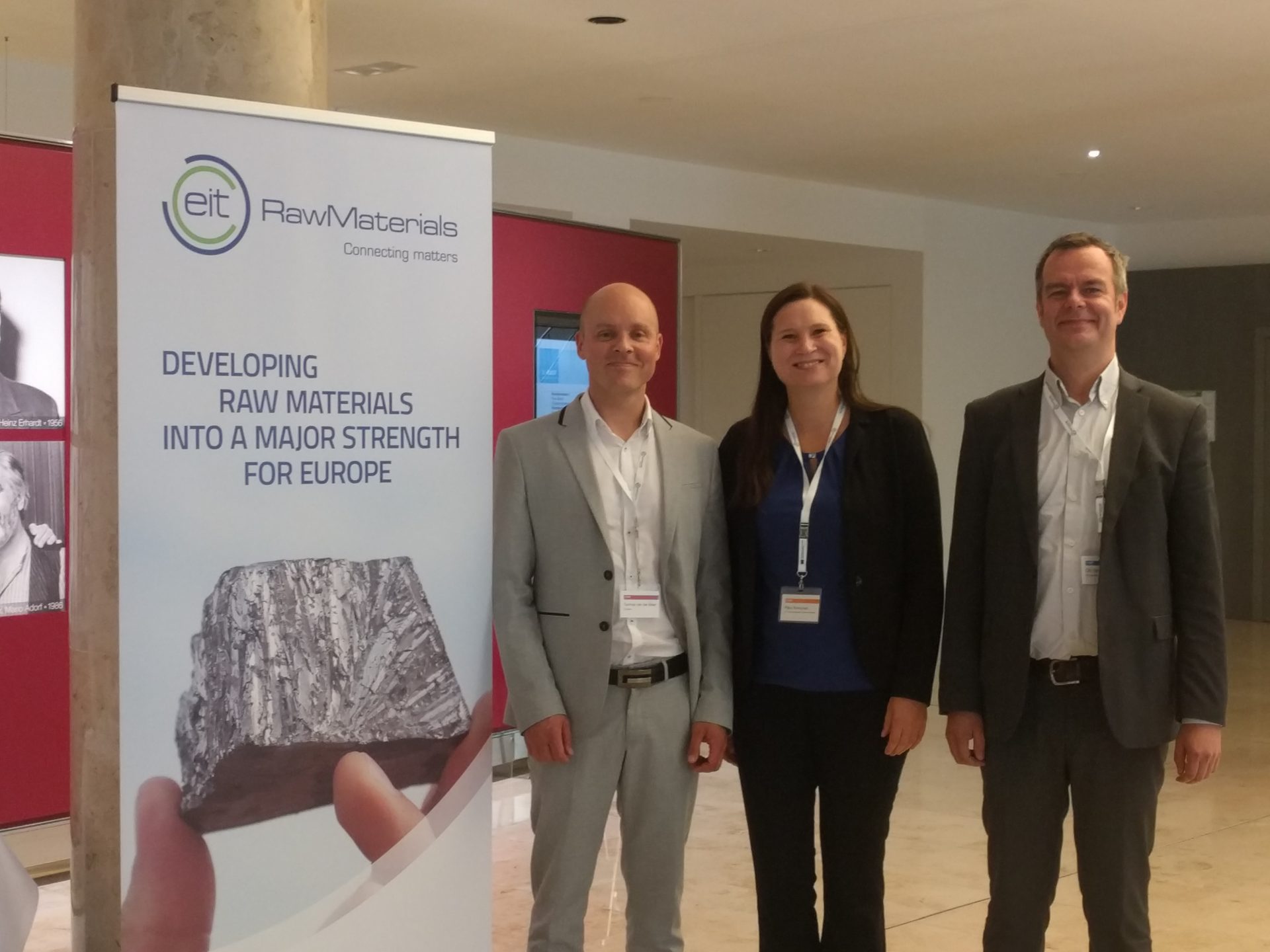 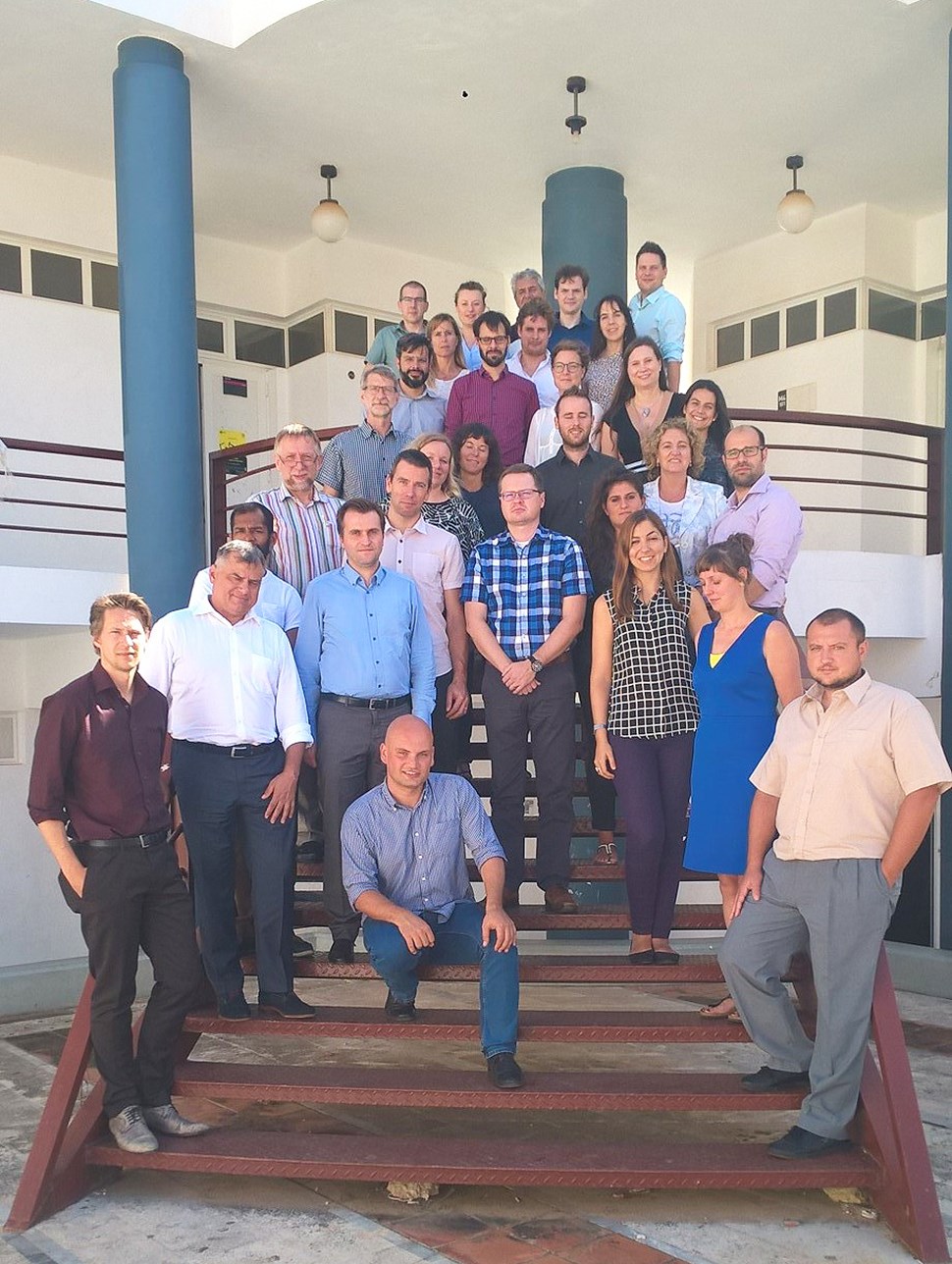 METGROW+ coordinator Päivi Kinnunen from VTT was interviewed by Business Finland about the METGROW+ project and success factors of a H2020 project. She emphasized understanding of EU’s strategic goals and the importance of the consortium. In a successful project like METGROW+, the international project consortium is like a family.
Also in twitter: https://twitter.com/Eutifi/status/1009023505151807488 . 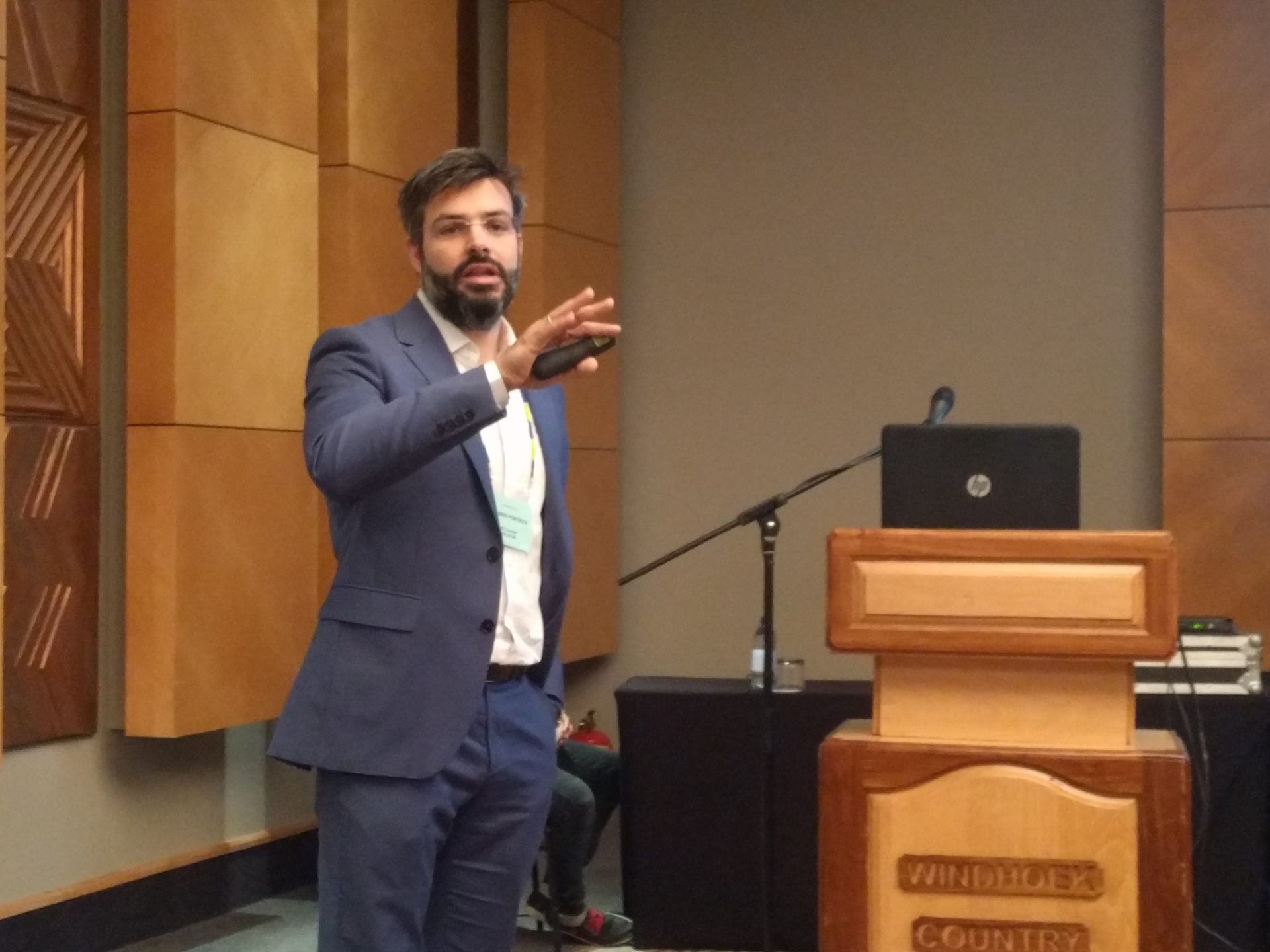 Yiannis Pontikes from KU Leuven gave a keynote lecture “Converting Fe-rich residues from metallurgical processes into novel materials” at the Sustainable Minerals 2018 conference in Windhoek, Namibia. A number of hydro- and pyro-metallurgical processes has lead also to Fe-rich residues that currently find limited applications. Yiannis gave insights, how the mineral matrix can be valorized. Also the METGROW+ project was presented during the lecture. The conference took place 14-15.6.2018. 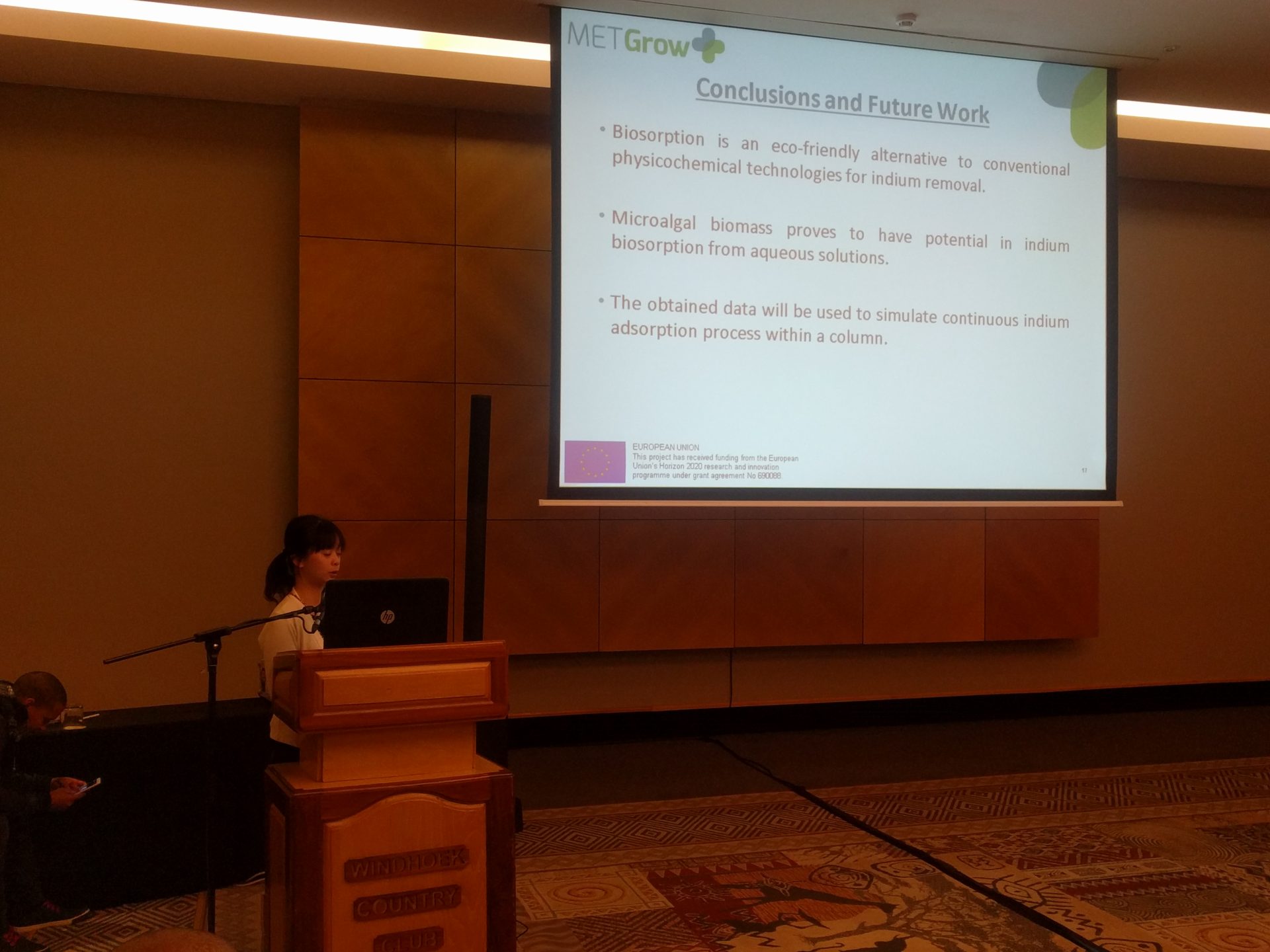 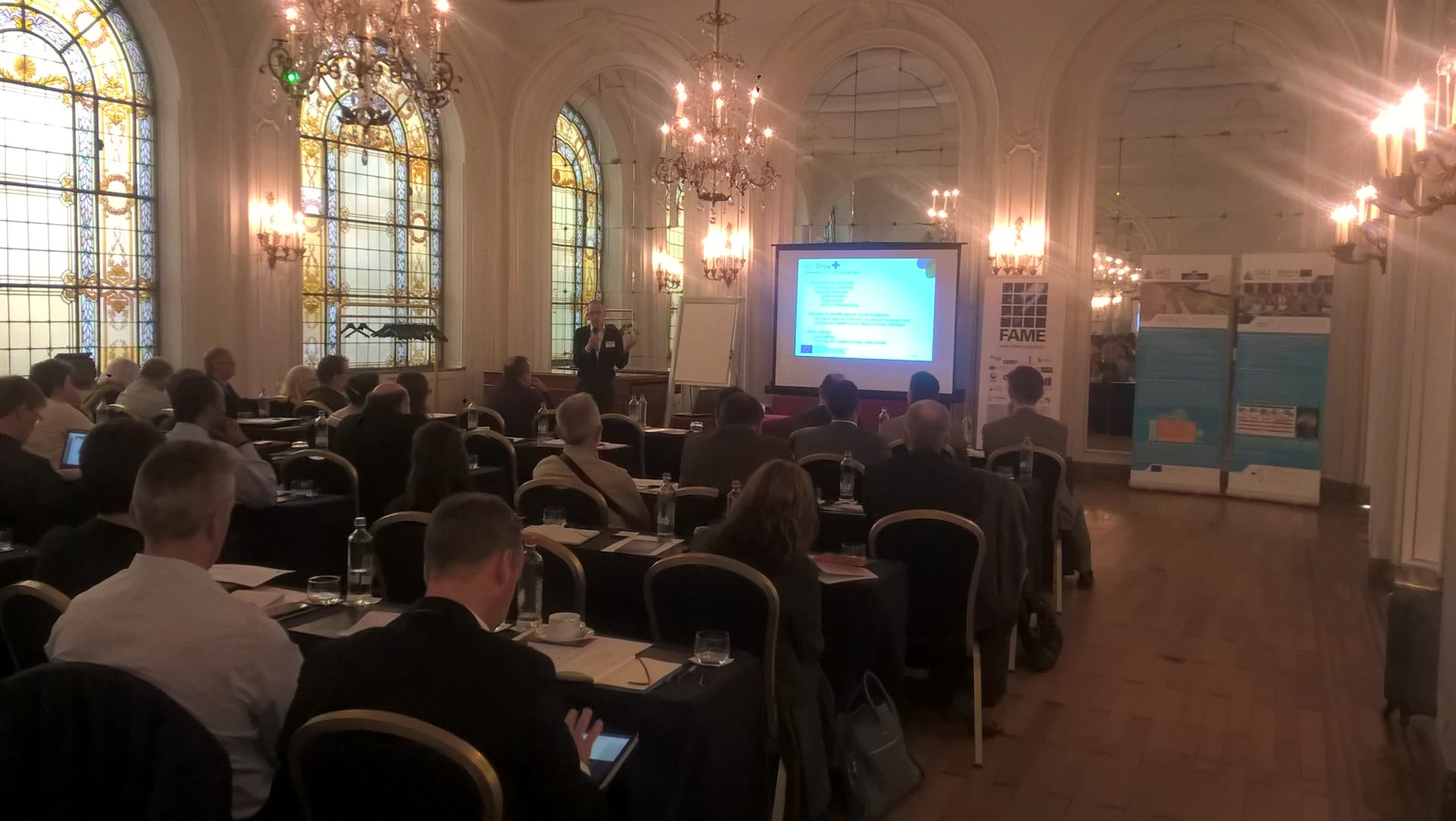 METGROW+ contributed to the planning and execution of the Cluster Conference 19.4.2018 in Brussels. The Cluster Conference focused on increasing impact from exploitation by merging different stakeholder groups and grant programs from national and regional level. Several RDI and CAS actions were presented around the valorization of domestic European resources, most focusing on low grade or complex materials. Daneel Geysen from Group Machiels gave an interesting presentation about the METGROW+ project in general and how Group Machiels can exploit the project results. Daneel was very positive about the results obtained so far. He and his colleagues look forward to the piloting results from the validation work package, which has just started in the METGROW+ project. 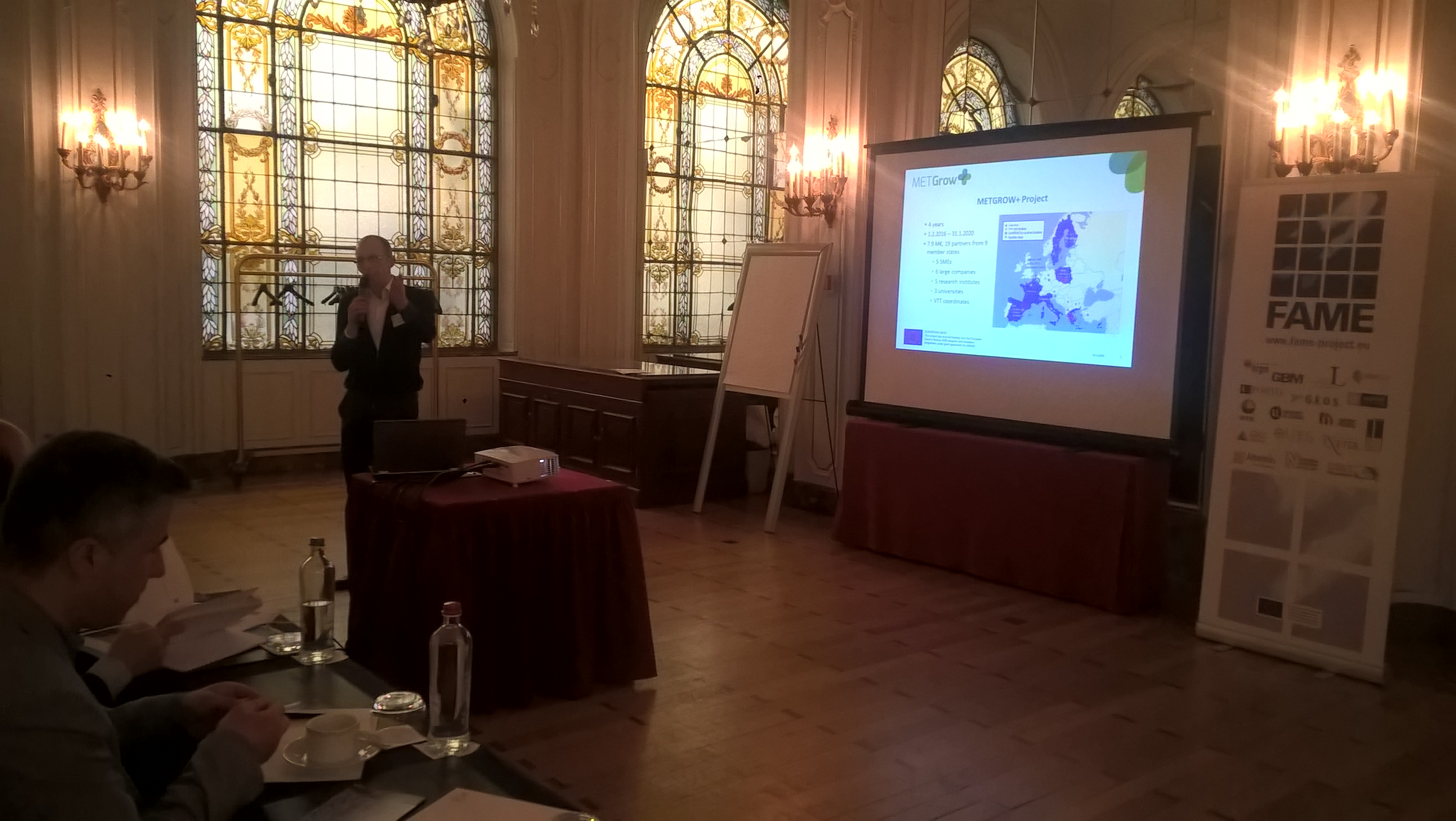 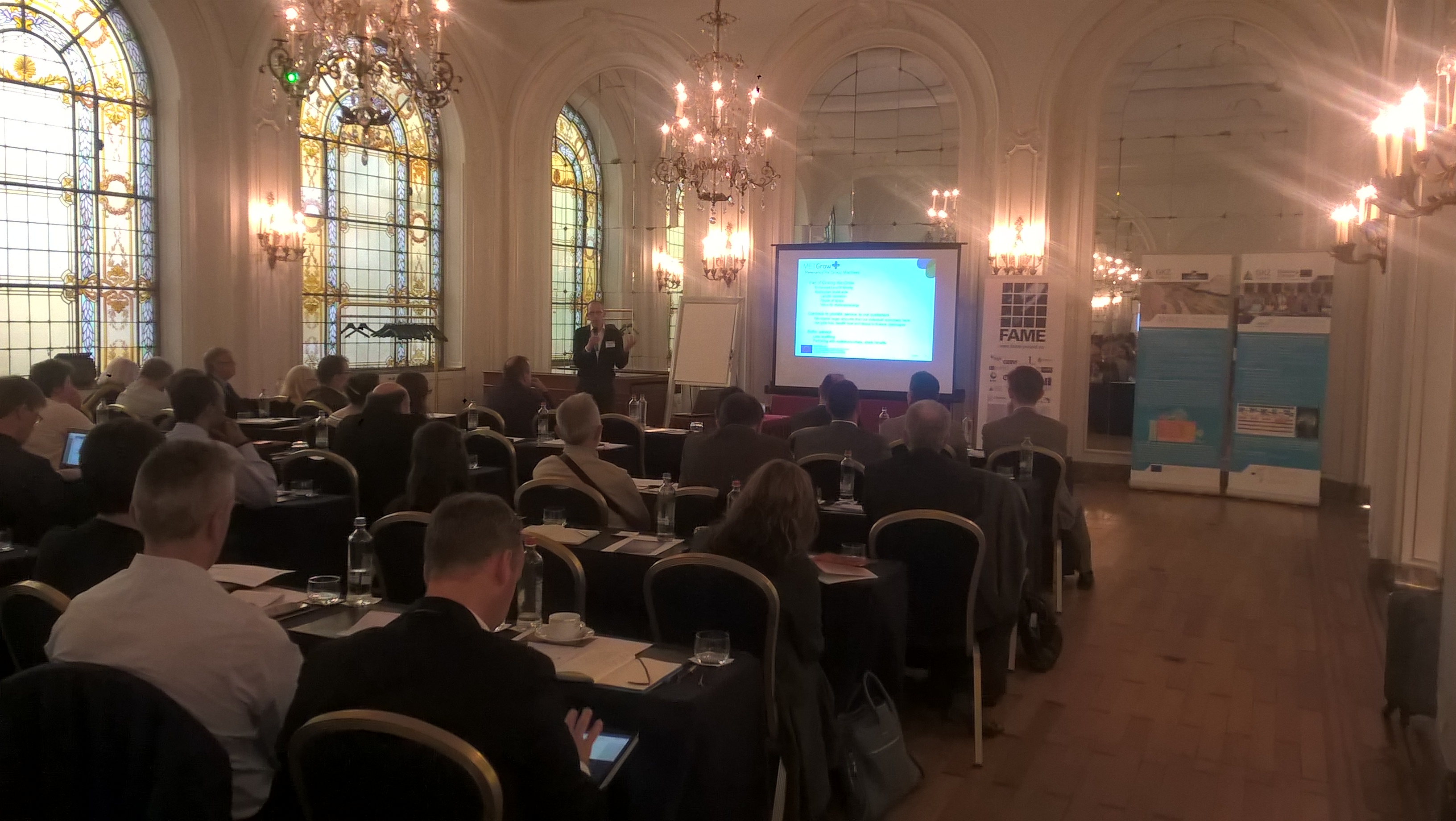 In addition to H2020 projects, speakers from DG Grow and EASME gave key notes on accompanying policy aspects and lessons learned about the industrial impact of HORIZON 2020 Raw Materials projects. Participants of the Cluster Conference were able to share ideas and continue networking. 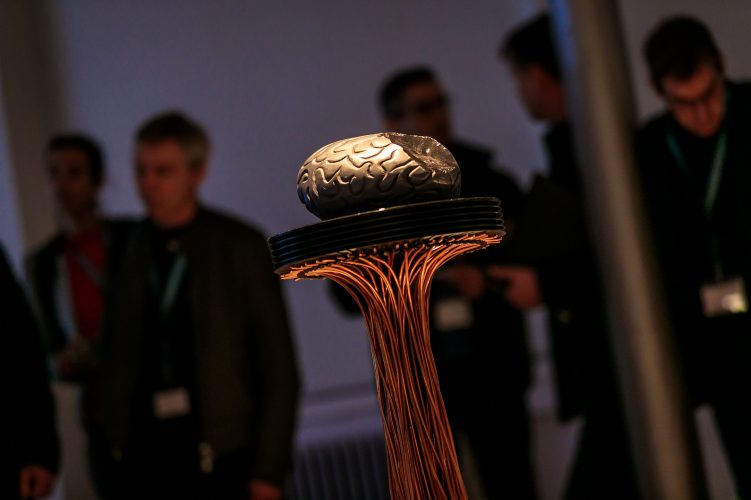 As lessons learned, it should be highlighted the still existing distance of recycling efficiencies for many critical metals until reaching their real potential, the necessity of primary mining for the transition to a low carbon economy, the inevitable dependence of Europe on imports for some elements such as cobalt, the need of the mining industry to improve its trust, and the endorsement of the concept of the Social License to Operate (SLO) by the European Commission